It seems like such an endless battle at this point: the battle for men and women to actually understand one another. It’s really tricky whenever these two genders get into a misunderstanding especially when they are in a romantic relationship with one another. But let’s face the truth here, when it comes to verbal communication, women tend to be a lot better at it than men.

Men have a tendency to just hide how they really feel under a really thick blanket of false masculinity and machismo. They seem to have adopted a mindset that tells them that it isn’t manly for any man to open up about how they really feel or what they’re thinking about.

And the worst part is that on the rare times a man actually decides to open up, they often do so ineffectively and unclearly which makes them even more difficult to understand.

It’s just a really complicated situation altogether whenever a man isn’t blessed with good communication skills. And it’s an even more unfortunate situation whenever a woman doesn’t have the know-how to actually decipher the many things that her man might be trying to tell her.

And a lot of the time, women are given a lot of blame with that regard. Even though you wouldn’t typically consider it your fault that you and your man get into misunderstandings a lot, the truth persists that your relationship has a problem that requires fixing.

Sometimes, what you think your man is trying to tell you isn’t necessarily going to be what he means at all. And that can be very problematic for two people who are trying to become closer and more intimate with one another.

But if you need some help in deciphering the messages that your man is trying to send to you, then this article is definitely for you. If your man says these 9 things, then know that this is what he really means:

When he says he doesn’t care, he doesn’t mean that he doesn’t care about you. It’s just that he wishes you would make a decision because he trusts your judgment more than he actually trusts his own. 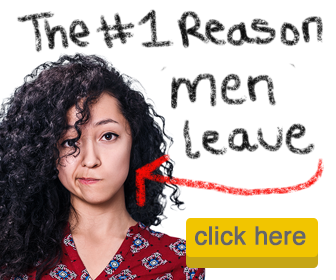 Sure, he’s swamped with work. But what he’s also telling you is that you aren’t as important as the other things that are actually going on in his life at the moment. He’s telling you that he’s prioritizing other things.

This is code for “I don’t want to talk about this at all.” Any man isn’t going to want to put a conversation off if he gets into it. But if he’s not into the topic, then you can bet that he is never going to get around to wanting to talk about it.

Sometimes, he’s going to be genuinely sorry and remorseful about something. But a lot of the time, it goes so much deeper than that. He might be telling you that he’s tired of the drama and he just wants to get back to a place of happiness with you. 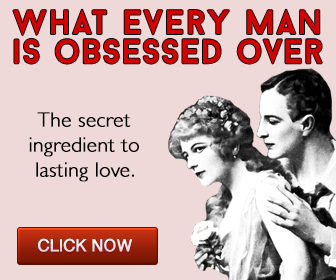 If you have a man who is genuinely in love with you, then you can trust that a friend of his is really just going to be a friend. And you can bet that he finds it cute that you’re showing a little jealousy. It makes him feel wanted.

Sometimes, this can mean that he’s fine. But there will also be times wherein this will mean that he’s not fine, but he would rather face his problems on his own. Don’t worry, once he thinks he really needs your help, he will reach out.

This is code for “I’m done talking to you about this.” He just doesn’t want to have to go through the hassles of explaining something to you anymore. He tells you that it’s a guy thing because he just wants you to forget about it.

If you don’t know what he means when he says this, then you’re just being completely clueless. He obviously wants to have you in his arms tonight. He wants your body. And he isn’t shy about letting you know about it.

What Your Numerology Chart Can Tell You About Your Personality + Destiny

95% Of People Don’t Know This Technique Even Exists…

Manifest in 17 Seconds With The Law Of Attraction

How The Law Of Attraction Really Works